This is a quick reminder to all my students that I am resuming classes this Sunday, May 12, starting with Open Studios Sunday afternoon.  Open Studios will continue Sundays, Mondays, Tuesdays and Wednesdays from 2-5pm.
The combined figure class will start on Monday evening, May 13, 6-9pm.  We have a fabulous new model, Robert, and he will take us into our first three-week pose.  It’s a full class, so please arrive on time to claim your spot.
The combined portrait group will start on Wednesday evening, May 15, 6:30-9:30pm with another new model, Raven.  It’s another full class, and Raven promises to be a great model for some lovely drawings.
There are no evening classes on a Sunday or Tuesday or Thursday evening in May.
If you have any questions, please send me an email.
Thanks, and looking forward to seeing you all again very soon ! Positioning the Feet on a Standing Figure

In drawing a standing figure, we aim to capture the essential gesture of the pose and the balance and rhythm of the model.  This is achieved through capturing the diagonals that represent the inclinations of the weight-bearing leg, the torso and the head.   In doing this, it is essential to locate the feet of the model accurately in vertical relationship to the torso and especially the head.  An accurate placement of the feet is critical to achieving balance.

There a number of exercises that the student can do as homework to train the eye to depict feet.  The first one is an exercise to hone our skills in planting standing feet firmly on the ground.

From many perspectives, the base of the model’s feet are not exactly horizontal, and the natural inclination for so many people, is to exaggerate the diagonal base line of the feet.  This gives the viewer an uncomfortable feeling that the model is standing on tippy-toes or even levitating.

The following are examples of feet exercises done by some of students in Florence.  I’d recommend for anyone attending drop-in life drawing sessions where the early poses are very quick, to concentrate on doing such drawings.

Block in the feet and draw in the legs up to the knees.

You can also draw a box around the feet to knee section and tone in the negative shape, in order to use the latter to check the positive shapes.

Focus on the base line of the feet (indicated by the red lines).

And secondly, focus on the distance and horizontal relationship between the two feet (indicated by the green lines).

The next post will look at exercises to be done from mastercopies. 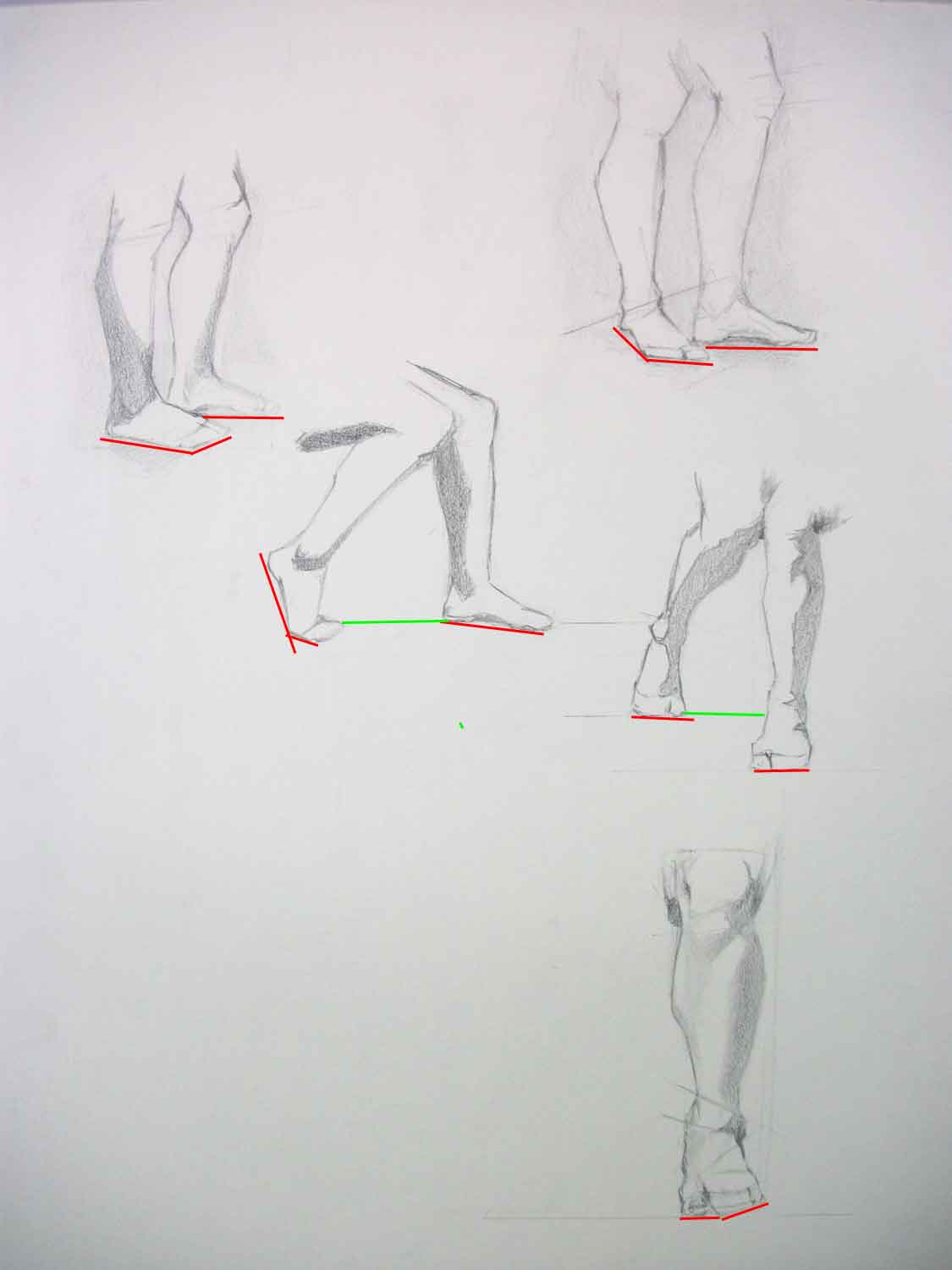 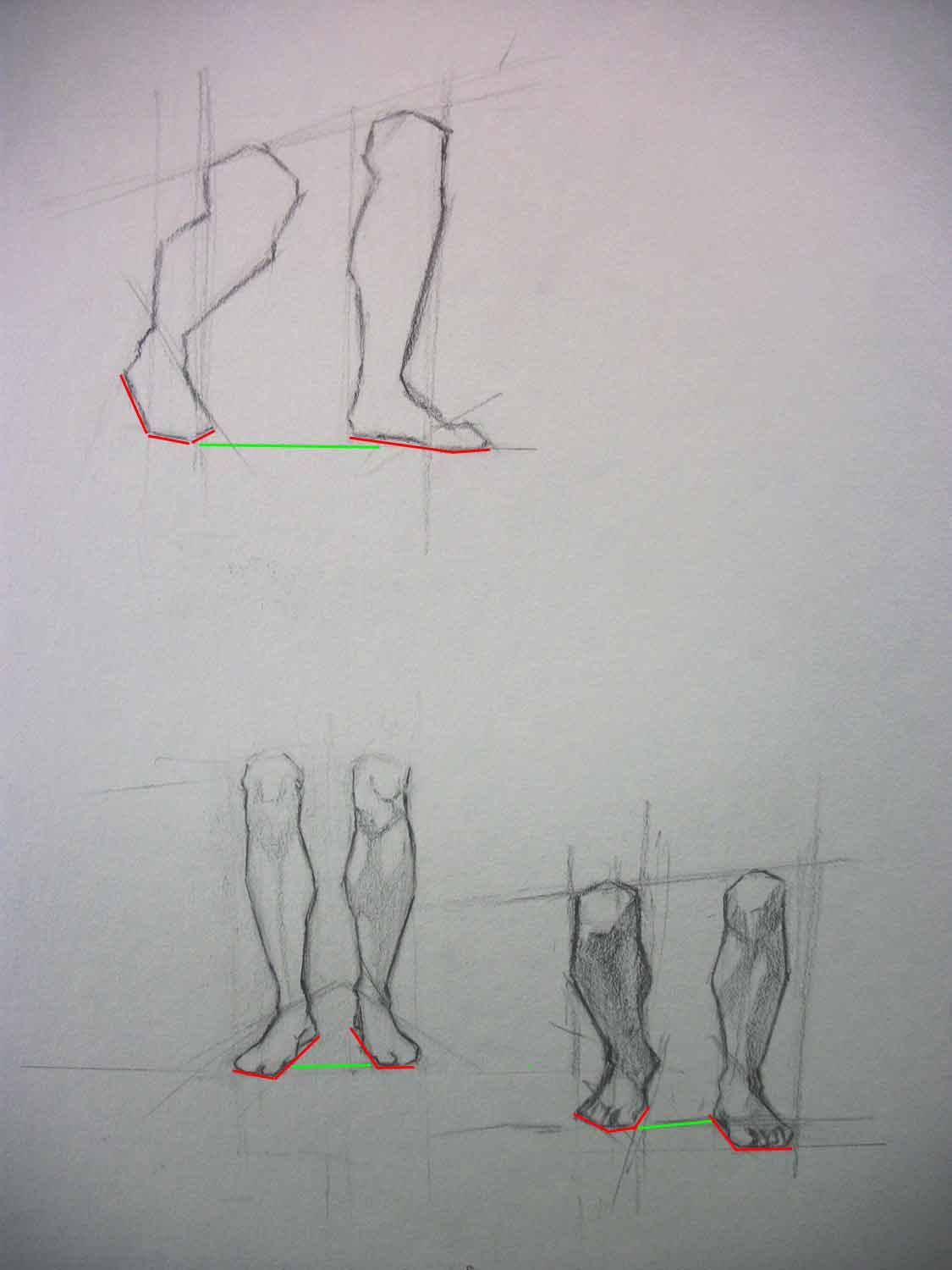 As a follow-up to the last blog, with examples from mastercopies of Pierre-Paul Prud’hon, with their corresponding shadow shapes, here are some examples from one of my Florence students, Randy, of shadow shapes from the live model.

In all three cases, we did not take the drawing further into the realm of a finished drawing, that is, put in the fall of light and big form modelling.  Rather, these drawings are sketches, which is to say: measured porportions, proper balance and composition, construct, well-articulated and refined shadow shapes, some modeling of structural half-tones in the lights, and some accents in the shadows.  This is the goal we are aiming for in a one-evening pose. 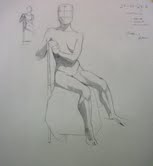 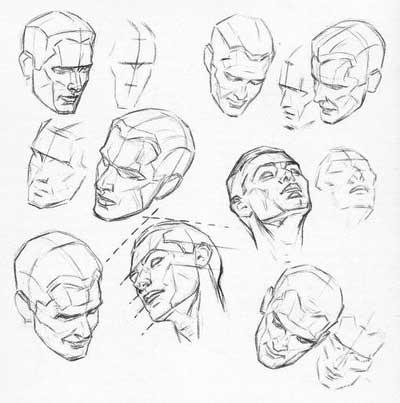 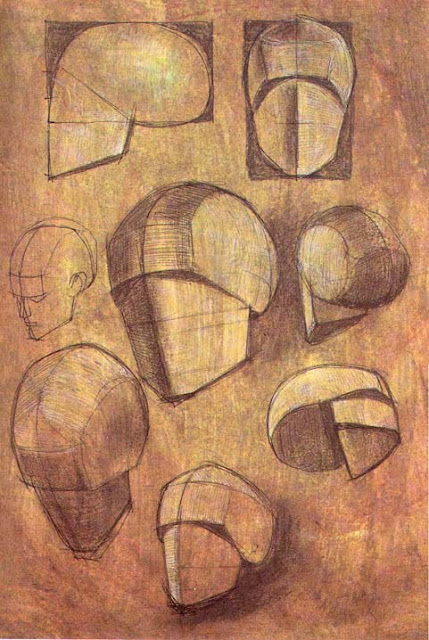 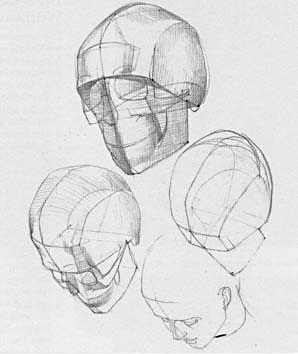 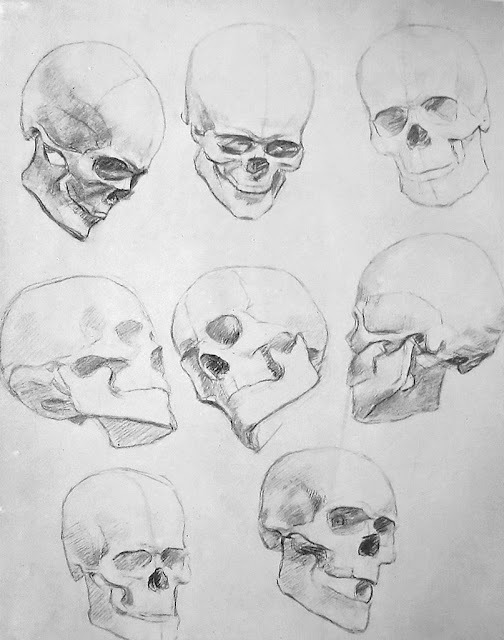 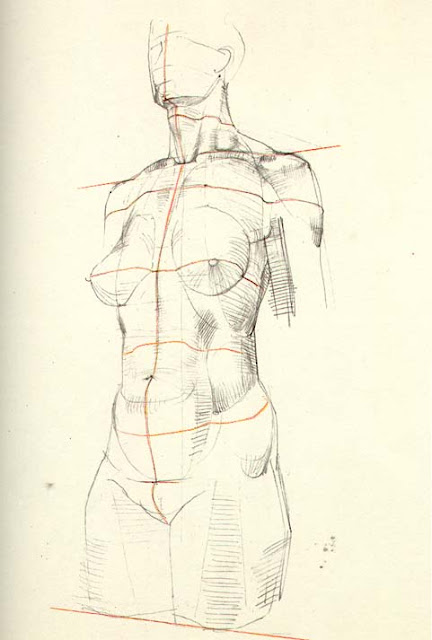 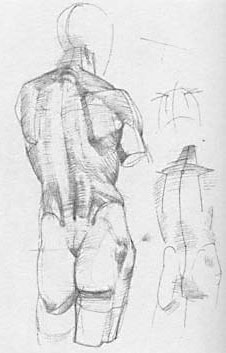 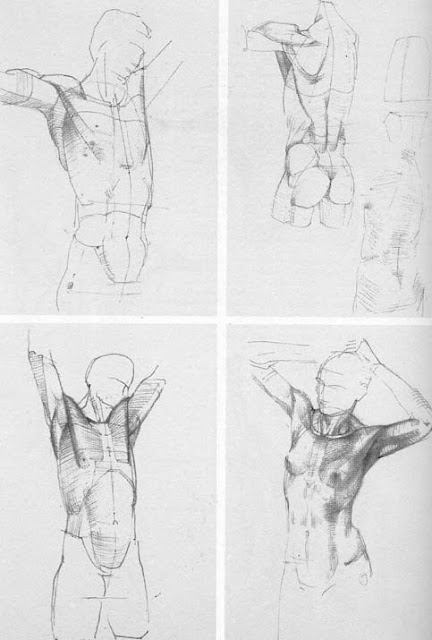 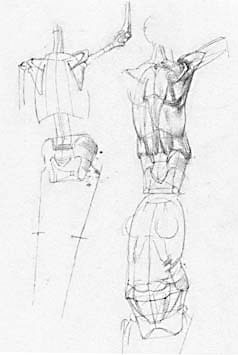